The beginnings of crime fiction in Greece: from the late 19th century to the 1940s 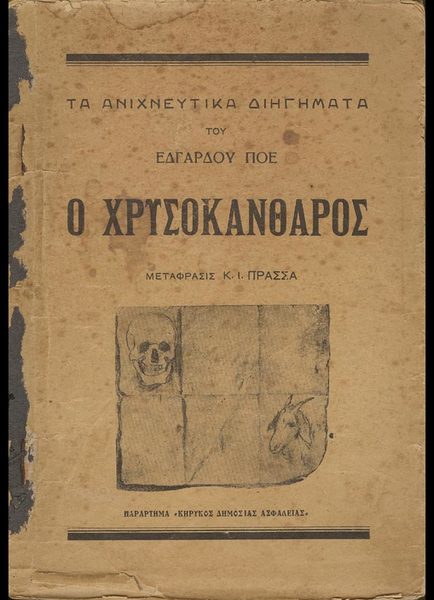 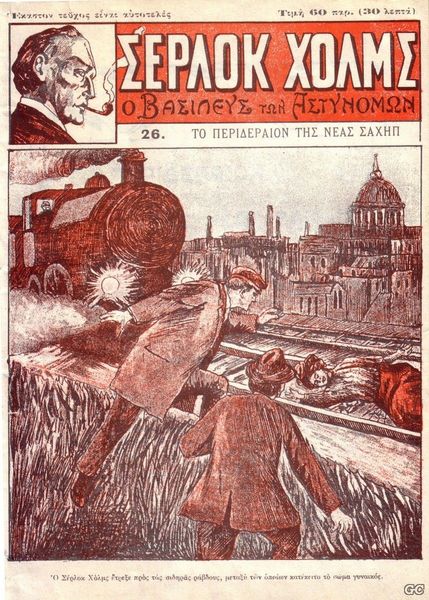 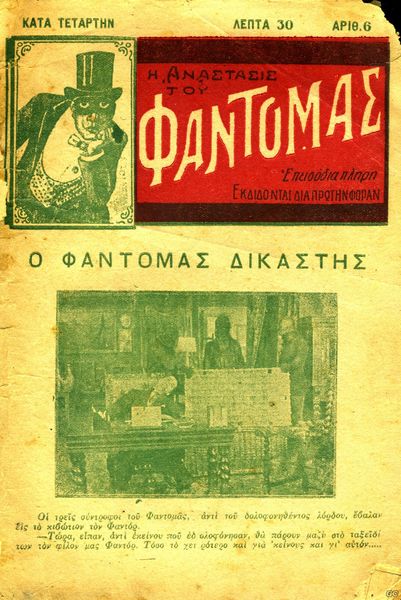 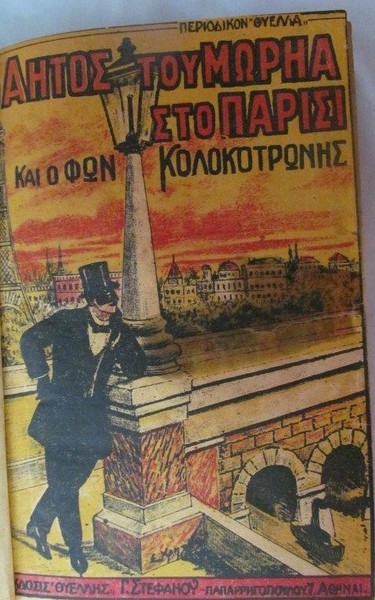 The roots of the interaction between foreign popular culture and the cultural, social, economic and political features of Modern Greek civilization start in the first centuries of the Ottoman occupation of Greece, namely the 16th and 17th century. These influences came both from the East and the West as a consequence of the geographical position of Greece, between Europe, Asia and Africa.

Even before the liberation from the Ottoman Empire and the establishment of the modern Greek state in 1830, not only popular culture but culture as a whole focused mainly on the West, on the new European trends in the fields of literature, the press and education. From the early 19th century, modern Greek belles-lettres was influenced mostly by  French culture (Demaras, 271-272). In the field of popular literature, most readers became fascinated with the fictional epics of Eugene Sue and Alexander Dumas, the roman-feuilleton.  However, the prosperity of translated popular novels inevitably provoked strong reactions from intellectuals and in conservative political circles. Finally, this complicated transaction between the influences of European popular literature, the deep memories of the Eastern tradition and the formulation of the official national ideology led to the blooming of Greek popular novels inspired by Greek history, from the ancient, the medieval or the modern  (Moullas, 127-147).

Most readers, who were living mainly in the growing urban centers, not only in Greece itself but also in the Ottoman cities of Istanbul and Smyrna, remained fascinated by the roman-feuilleton (Politis, 557-568). During the last decades of the 19th century, the most successful type of popular literature was the genre of the "urban mysteries", which shares many of its key subjects with modern crime fiction: the lives and adventures of criminals and outlaws, the hidden and dangerous parts of the urban landscape, as well as sensuality and even sexuality. Inevitably, this success led to indigenous production of urban mysteries, mainly written by journalists, columnists, and others working in the press (Gkotsi, 149-168).

By the beginning of the 20th century, the Greek publishing industry began to develop further. Popular press in particular was organized around  new types of family magazines, whose great success started in the 1920s. Integral to the content of these magazines was popular literature, original and translated. The most succesful family magazine of the interwar years, "Mpouketo” (“The Bouquet”, 1924-1946), would include short stories and serialized novels by writers such as Arthur Conan Doyle, Daphne Du Maurier and even Edgar Allan Poe (Chanos ΙΙ, 287; ΙΙΙ, 113, 189). At the same time, popular literature was thriving in the form of small and cheap booklets made from newsprint paper. Famous fictional heroes of the late 19th and the early 20th century, such as Sherlock Holmes, Nick Carter, Allan Pinkerton and Fantômas, became known to the Greek readership. The series "Fantômas’ Resurrection", published by V. Vouniseas, is a telling example of this type of periodicals.

It is also interesting to note that, although most publishers were based in Athens, some of them, especially in the 1910’s, were from Istanbul and were no less if not more active than their Athenian counterparts. For example, the first Greek-speaking release of the Nat Pinkerton stories were published by the Istanbul-based Christofidis and Chrisafidis from 1911 to 1913. In Athens, the first appearance of Nat Pinkerton, in 1918, was due to the publisher Mihalis Saliveros (Kassis, 165).

The biggest boost to the importation of crime fiction in Greece came from Mask and Mystery, two magazines entirely dedicated to this genre during the 1930’s. Mask was released from 1935 to 1974, with several interruptions and changes of publishers, editors and collaborators. The peak of its commercial success was from the 1930’s to the 1950’s. Its editor in chief was  Apostolos Magganaris (1904-1990), one of the most prominent  figures in Greek popular publications. Mystery was also released by one of the most significant personalities of Greek publishing industry, Nikos Theofanidis (1901-1987) from 1935 to 1959. These two magazines were not only entirely influenced by the American pulp magazines, but their material included almost exclusively translated stories of primarily US crime fiction writers, often with little regard to intellectual property or copyright. In fact, because of the lack of protection of intellectual property during these years, some collaborators of the magazines, who had started by translating foreign authors, soon began writing original stories of successful American fictional characters (Grammatikos, 18).

This process of transfictional plagiarism is even more obvious in the case of a novel written by an unknown Greek writer, in which Doyle’s Sherlock Holmes gets involved in a basically “Greek” adventure. Its title is Sherlock Holmes saving Eleutherios Venizelos and it was published in 1913 by the newspaper Hellas in 25 instalments. In this story, the world-famous British detective meets the most famous Greek politician of that era (Minas, 01/26/2014).

As is to be expected,  crime fiction’s great commercial success  led to first attempts to create original works in Greek. In the 1930’s and the 1940’s, Orfeas Karavias (1899 – 1975) wrote and published several novellas, most of them using the nickname "Felix Carr." Karavias’ works were heavily influenced by US crime fiction, and his adventures take place in American cities such as New York. The names of his characters were also foreign, as in the case of Martin Berg (Chanos II, 144;  Kontopidou, 60-61). In general, the influence of the American models in these early attempts of Greek crime fiction is strong (Kontopidou, 49-53), but in some cases we can detect elements of a local tradition of popular culture.

A very good example of this localization of crime fiction, designed for a specifically Greek market is a novel by Aristeidis Kiriakos (1864–1919/1920), one of the most significant popular writers  in Greece in the period between 1900 and the 1920.  Apart from his rich work on bandit novels [1] and sentimental novels (Dermentzopoulos, 68-70), Kiriakos also worked in the detective genre by fictionalizing the life of Fon Kolokotronis, a real-life police officer who was grandson of the famous fighter from The War of Independence, Theodoros Kolokotronis. The title of his novel is The Black Bandit Chief and Fon Kolokotronis (1914–1915) (Kassis, 23-24; Chanos, 147). The writer Ilias Oikonomopoulos (1868–1929) was considered Kiriakos’ successor.  He released in 1922 a new novel starring Fon Kolokotronis, entitled The Eagle of Morea in Paris and Fon Kolokotronis (Pavlou).

Generally, Kiriakos’ and Oikonomopoulos’ writing and publishing mentality is typical of the organization of Greek popular literature until the 1940’s: a strong relationship with the press, a reduced number of writers dealing with different genres and publishers whose companies can still be classified as artisanal (Dermentzopoulos, 58-64).

[1] The “Bandit novel” was the most successful popular literary genre during the first two decades of the 20th century in Greece. Bandit novels include adventures of real or fictional bandits of the Greek countryside.

Vouniseas: Fantômas' Resurrection →
The beginnings of crime fiction in Greece: from the late 19th century to the 1940s